Our Musical Director And Accompanist 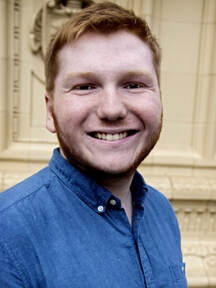 Musical Director - Tom Lazell
Our Director of Music is Tom Lazell who commenced the role in January 2018. Tom is a graduate of Bangor University School of Music, and has a Masters Degree in Choral Conducting awarded by the Royal Welsh College of Music and Drama. Tom is also a student choral scholar with the BBC National Chorus of Wales, and is an analumni of the National Youth Choir of Wales.

​Tom has had a wide range of performance experience, from choral to solo work. This includes performing at the BBC Proms in the Albert Hall on several occasions with the BBC Proms Youth Choir, The National Youth Choir of Wales and the BBC National Chorus of Wales, as well performing as a soloist on several different occasions, more recently with Côr Meibion y Traeth as part of the Beaumaris Festival.

Tom also leads several choirs, including the Palestrina Singers of Cardiff University, who are an auditioned chamber choir in the University.  He has also been Chorus Master of the RWCMD Opera Gala Chorus for the Winter Opera Gala, conducted by Carlo Rizzi. Tom was appointed to the position of Musical Director of the Llysfaen Singers from January 2018 and is thoroughly enjoying every minute. Speaking about the choir he says "They are a great group of singers, and love making wonderful music". 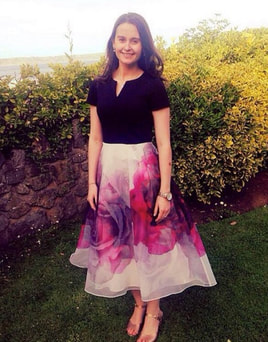 Accompanist - Gwen Mouncher
Gwen graduated from Cardiff University with a BMus in 2015 and with a Masters in Performance in 2017.  She performs regularly with the BBC National Chorus of Wales as well as in ensembles and as an accompanist, ranging from venues in Port Eynon, Cardiff and Oxford.
Gwen is also a private piano and voice teacher. She has established her own Music School and teaches piano and voice peripatetically in schools for the Cardiff and Vale Music Service. She has a DipABRSM and LRSM in piano and will be sitting her DipABRSM in singing in 2019.

Gwen began working as the Llysfaen Singer’s accompanist in January 2018 and says she is really enjoying working with the choir, and is looking forward to playing more great pieces.